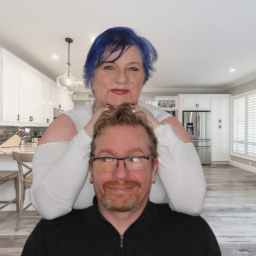 How To Stop Office Politics From Killing Your Successful Company

Office politics is dangerous because you can’t see it most of the time. Like a mechanical issue with a car, you’re driving along minding your business, when suddenly – BOOM! You’re by the side of the road in the pouring rain, calling a specialist to come and repair your vehicle. Rumours and gossip are no different because they’re difficult to spot and have huge consequences.

As a leader, you have the added pressure of dealing with politics across the company. Therefore, the stressor that 47% of employees find takes away from productivity is bound to impact you greatly. And, once it gets its claws into the boss, it’ll bring the entire firm with it as it doesn’t discriminate.

Sure, most entrepreneurs and employees have learned to live with office politics, and some have even used it to their advantage, yet it’s a risky game. All it takes is a small issue to pop-up, and you’ve got a PR nightmare on your hands. The best solution is to nip the power-playing in the bud ASAP.

It’s not easy, and you won’t do it overnight – you might not eliminate all the gossip – yet it’s doable if you understand the basics. Continue reading to learn more.

With so much on your plate, the last thing you want to do is deal with the small stuff. After all, it’s insignificant compared to everything else on your to-do list. Well, it appears this way, but the reality is different since the little details can lead to the biggest or arguments and disagreements between co-workers.

Take holiday allocation as an example. People work hard, so they want to take time off when the opportunity arises. Therefore, if they can’t because somebody else is on leave, or even worse, has hijacked their holiday plans, there will be a cold war in the office. Like all cold wars, the tension can last for weeks, months, and even years, causing the office to be a toxic work environment.

Usually, this occurs due to a lack of emphasis on availability management tools. With an employee availability template at your disposal, the entire company will know who is off and when allowing workers to organise their holidays around the free slots. Also, this makes the process fair and eliminates moaning and whining.

Sometimes, if you don’t sweat the small stuff, it lingers, escalating into a massive problem that’s difficult to resolve.

Where does office politics come from? The cynical answer is – people who are attempting to use a situation to their benefit. For instance, using another person’s words against them to win a promotion. There’s no doubt this is the case, especially in a dog-eat-dog world such as the business industry, but it’s not always the crux of the issue.

Often, people are thin-skinned and can’t take criticism, even if it’s constructive. As a result, they feel threatened and lash out, although they can do it passive-aggressively, which is worse. You can’t control employees’ personalities, whether they are blunt or catty, so you need another method, and the best one is company policy.

If your business has an environment where colleagues can speak openly and vent their frustrations, office politics shouldn’t exist. This isn’t to say employees won’t be offended or try to leverage feedback – they will – yet it’s harder when everything is in the open. After all, the rumours aren’t as salacious when they aren’t surprising.

Of course, people shouldn’t be able to say what they want as the feedback must relate to work and specific projects. Still, an atmosphere of openness and transparency is less poisonous and destructive.

Not you, although it pays to practise what you preach. Instead, this is a reference to your employees and how much they earn. The key to negating office politics is to recognise the triggers, and there’s no bigger one than a disparity in salaries. Real talk – people make more than others. It’s the way the corporate hierarchy works.

However, co-workers might not realise this, so when they do, they feel a sense of injustice. It doesn’t matter how much you explain the reasons behind the discrepancy because they won’t listen. All they see is the missing money on their wage break down.

Money is a perk that bosses use to promote good work and behaviour, and to encourage the best employees to join the company, so you’re not going to change your strategy. But, you do need people to avoid speaking about such a controversial topic, and you can do this by ensuring personal details are kept private. Simply advising workers to avoid the subject is enough to eliminate jealousy and envy.

Also, don’t forget how you motivate people. If it’s only money-based, your team is bound to be money-centric. However, if you focus on non-financial benefits, such as insurance policies or gym memberships, there won’t be a huge problem.

Politics exist because people down the food chain believe they can use the information to boost their career aspirations. And, they can in many circumstances as bosses reward the people who provide data and info on their colleagues. After all, you get a spy in the camp, one who’s indebted to you for your faith and trust.

Of course, not only can you not rely on this type of employee – they’ll stab you in the back at the first opportunity – but this strategy creates a toxic precedent. As soon as you promote the man or woman who’s willing to do anything to get ahead, the rest of the workforce will adopt this attitude. Before long, the example you set will create a monster.

Thankfully, there’s a straightforward solution – don’t reward gossip. It might be naive, yet the person most suited for the job should be the one who receives a promotion. The same goes for extra responsibilities and independence. That way, the staff will see that it pays to be productive and a self-starter, and they’ll copy these attributes instead.

That’s right – Covid-19. The Coronavirus pandemic is entering its second phase, which is bad news for companies that are attempting to secure the long-term success of their brand. After all, a crisis raises several questions that need answering, such as will there be job losses and who will go?

You can’t address the last point because it’s unfair to the people you make unemployed to broadcast their business throughout the office. Still, this doesn’t mean you shouldn’t be open and transparent about the hardships of the situation. Unpredictability and uncertainty make people act strangely. In a bid to hold onto their job, they’ll do anything, such as playing office politics to strengthen their position.

Sadly, this exacerbates the problem, which is why you need to talk about the firm’s future problems. The key is not to lie as people aren’t stupid. Instead, the trick is to be honest but to instil confidence at the same time. For instance, you should say there won’t be job losses as long as XYZ happens.

Figuring out how much information to divulge and what cards to keep close to your chest is challenging. However, if you’re in doubt, it’s better to speak your mind to encourage a sense of community spirit. The last thing you should do is leave an elephant to walk around the room.

To stop office politics, you must be proactive. This means sweating the small stuff, creating clear policies, and not rewarding gossip.

Please log in again. The login page will open in a new tab. After logging in you can close it and return to this page.